It's Okay To Be Smart
2 Shares Explore all the features and enhancements in Microsoft's new Office for Mac 2016 suite, available now for Office 365 subscribers. This course reviews the modernized interface and other suite-wide enhancements, and then steps through the new features and capabilities in each program. Author David Rivers covers Word's Design tab and cloud collaboration features, Excel's Formula Builder and PivotTable slicers, PowerPoint's Presenter view and new slide transitions, OneNote's addition to the suite, and Outlook's improved Conversation view and preview options. 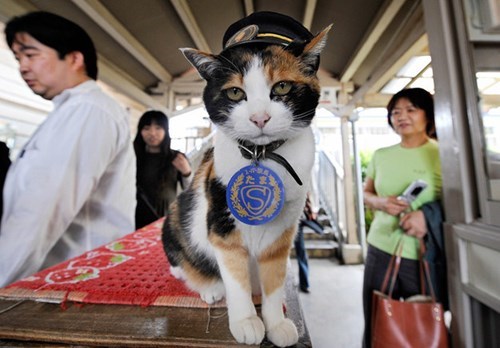 This dapper calico named Tama had a very important role as the station master of an electric railway station in Japan. After eight years on the job, she was laid to rest in a beautiful ceremony which 3,000 co-workers, admirers and friends attended.

As you can see, she took her job very seriously. The Kishi Railway Station where Tama worked was nearly shut down, leading to her adoptive owner, a local grocer, to be named station master in 2006 to cut costs. A year later Tama took over the role. 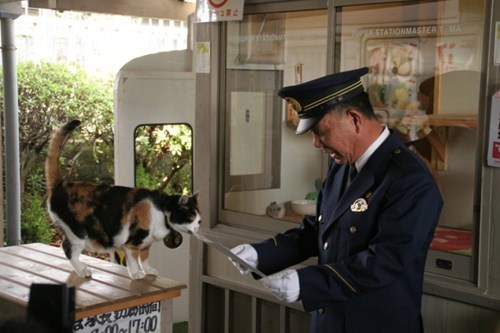 Her popularity as station master is credited for saving the station. She even has her own merchandise. 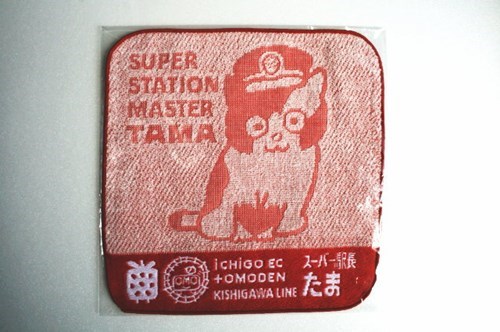 Fortunately a new station master has been named. Tama had an apprentice who is ready to take over the job. She is also a calico cat, her name is Nitama and by the way she's wearing that station master hat, it looks like she's up for the challenge. 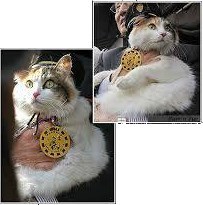 Submitted by: (via Buzzfeed Animals)

I expect some think my being in Paris at the moment rather vain or sanctimonious or publicity-seeking — something bad anyway. It’s really just a coincidence that I happen to have this one free weekend, the only one for months. Paris seemed like the place to be and for once I really really don’t care what people think. Usually, as my friends never tire of telling me, I care far too much. But this is one instance where my sense of what I think is right trumps my sense of what is embarrassing. How unEnglish of me. I heard a very interesting remark yesterday made by Manuel Valls, the French Prime Minister: “The [Charlie Hebdo] attacks show clear flaws in intelligence.” He spoke a thundering and resounding truth but not, I think, the one he meant.

We strive to find words strong enough to convey our outrage at the obscene atrocity committed in Paris last Wednesday morning. But it is easy to overlook the most apt word: stupid. Incredibly, imponderably, staggeringly, bowel-shatteringly dumb. ‘Clear flaws in intelligence’ indeed.

I cannot be sure exactly how many people have seen one or more of the Charlie Hebdo cartoons that “insult” Islam or mock its prophet since the murders, but I should imagine the number is now in the tens of millions. Had the brothers stayed their bloody hands it would have been 60,000 at the very most. Mohammed must be very cross indeed that his two cretinous representatives have spread the ‘insults’ so far and so wide. If Said and Cherif Kouachi had had a grain of sense in their terminally moronic heads they could have foreseen that their actions would create secular martyrs, propagate those images they so disliked and increase yet again reasonable people’s dislike of the faith they claimed (rightly or wrongly) to represent.

I have been told on twitter that the staff of Charlie Hebdo spewed ‘hate’. It is exceptionally important to remember that what they actually spewed, if you want to use that word, was contempt. Contempt for Islam, for Christianity, for Judaism – for anything they could have a go at. They were often, in the weasel word of our age, ‘inappropriate’. Their cartoons bordered on racist and repulsive. Had I been a Parisian I don’t doubt I would be a regular reader of Le Canard Enchainé (which approximates our venerable and superb Private Eye) and that I would look down my Parisian nose at readers of so vulgar and sophomoric an effusion as Charlie H.

But what has that to do with anything? I remember all those years ago when the fatwa was declared on Salman Rushdie, plenty of British writers and commentators who absolutely should have known better claimed that The Satanic Verses ‘really wasn’t that good’, the implication being that it was therefore hardly worth making a stand against the death sentence laid on its author. As it happens (not that it matters of course) … The Satanic Verses is one of the great post-war comic novels. Similar horrible nonsense was spouted recently by some on the subject of the Sony film The Interview. ‘Oh, it’s actually rather poor.’

The now forgotten writer, broadcaster and Christian apologist Malcolm Muggeridge destroyed his legacy as a serious and interesting man in fifteen footling minutes on television in which he languidly described Monty Python’s Life of Brian as ‘tenth rate’ … as if that were a reason to stop it being screened. Utterly disingenuous. He wanted to stop it being screened because he was ‘offended’ by its ‘blasphemy’ and so he offered the same non-argument as those advanced by his fellow Festival of Light founder Mary Whitehouse of hilarious memory: “Oh I’m not shocked, oh no. In fact I found it rather boring.” . Of course you did darling, and therefore we must certainly censor it right away. Bah! These days Life of Brian regularly comes top in all time best comedy film polls and Muggeridge might only be warmly remembered for being the MI5 officer who debriefed in kindly manner P. G. Wodehouse and his wife in Paris after its liberation in 1944.

So let no one think that in order to be defended against censorship of any kind, let alone the terminal horrors of Wednesday 7th January, a work of art or a film or a novel or a cartoon need be ‘first rate’ (whatever that means).

And aren’t we all tired of those who claim to know the answer to life, death and the creation being so fucking sensitive about their knowledge? If I knew the answer to it all, if I thought I understood the wishes of the author of the universe and was privileged to understand what happens to us after death, the last thing I would be is all prickly and defensive. ‘Mock me all you like,’ I’d cry. ‘Go on, laugh your socks off, paint crude daubs, make mocking films. They pass me by as the idle wind which I respect not.’

Whether it is deluded pricks chanting Christian slogans like Anders Behring Breivik in Oslo or deluded pricks chanting Islamic ones like Said and Charif Kouachi in Paris the result is the same: in this breast at least arises even more, as if that were possible, contempt for the dumb, semi-literate, ill-founded, unreasoned drivel that forms the basis of their juvenile, crazed and self-defeating actions.

There will be a march here in Paris tomorrow and I shall do my best to slip into the human stream and chant in my schoolboy French accent:

sstrudeau
reply
If their strategy is to drive a spike between Western Muslims & the rest of Western society, their strategy doesn't look so stupid. Abhorrent & evil, but not stupid. The anti muslin backlash is exactly what they want: force moderate Muslims to choose between the radical Islamists or the cultures in which they live that hate them
Brooklyn, NY

Stephen Fry isn't Hitchens... he's much warmer... but he's all we have.
New York, NY

[deleted]
I love him. But I think he's wrong here...they are anything but stupid. The killers know exactly what will incense both sides. They're actually astonishingly good at it. I WOULD HANG THIS ON MY WALL

oh no, I need this

grammargirl
reply
Oh. Oh shit. I would PAY TO HAVE THIS FRAMED, is how great it is.
Brooklyn, NY

jscartergilson
reply
WHAT?!
Next Page of Stories